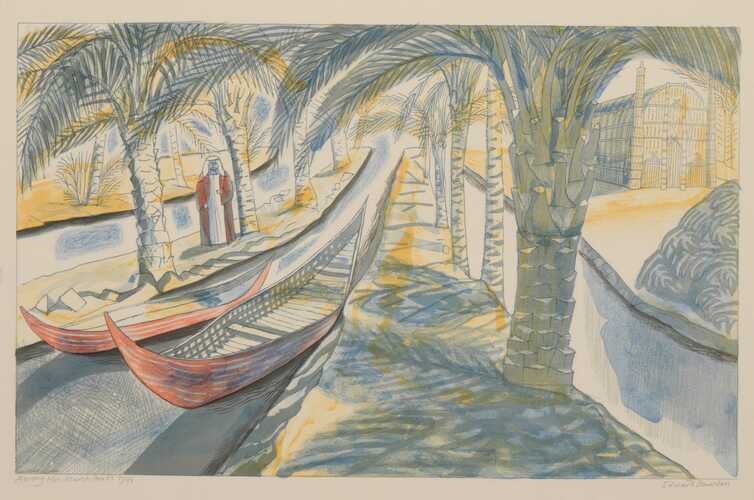 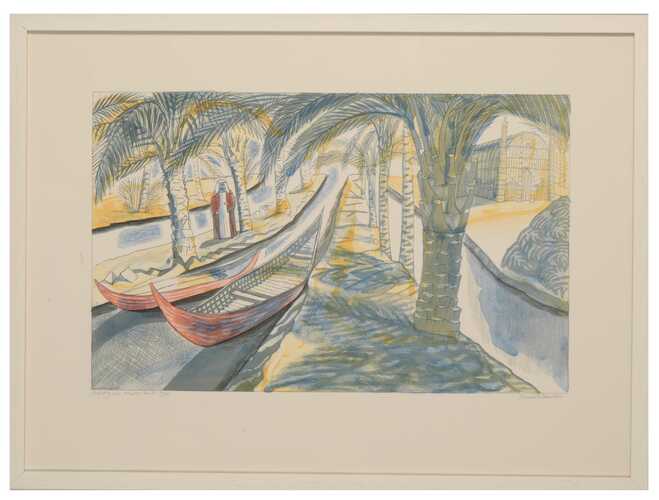 Issued in 1985 in editions of 75 by the Hurtwood Press, and printed by the Curwen Studio, the production of this lithograph was supervised by Bawden and based upon a watercolour carried out by him as a war artist in 1943. The original work is in the Collection of the Imperial War Museum
I have a question