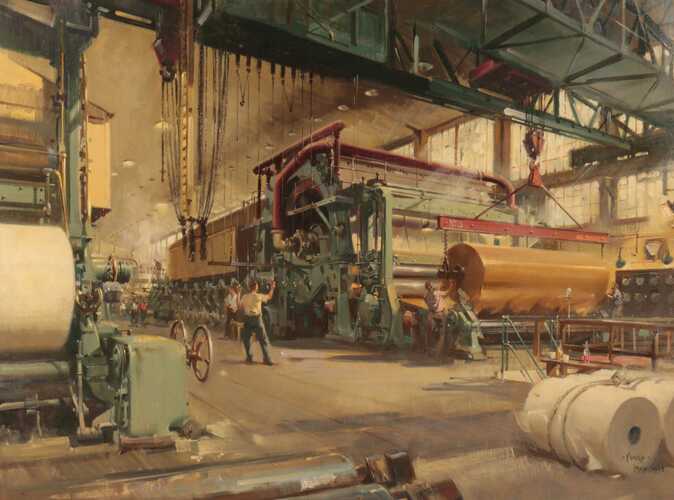 This painting was commissioned by Aylesford Newsprint and hung in the Director's office until the site was sold in 2015. The works depicts Paper Machine 13 (PM13), a vast machine roughly the length of a football pitch. Upon the closure of the print works PM13 was dismantled and shipped to India, where it is now operational.
1953 was to prove a pivotal year for Terence Cuneo, as he was appointed official artist for the Coronation of Elizabeth II, which brought him international acclaim. It was also the year where he began to include something in his paintings that would soon become his trademark - a small mouse often found hidden amongst heavy machinery and bustling industry.
I have a question