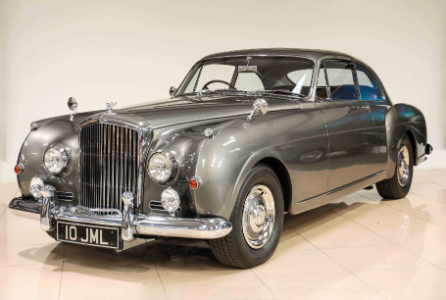 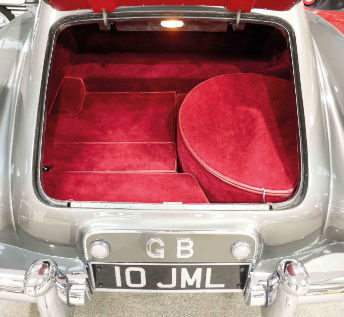 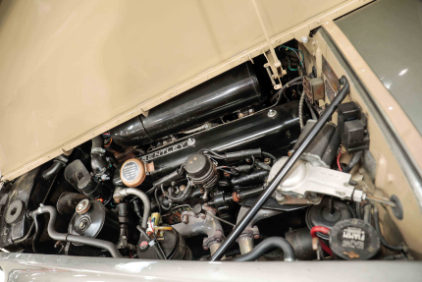 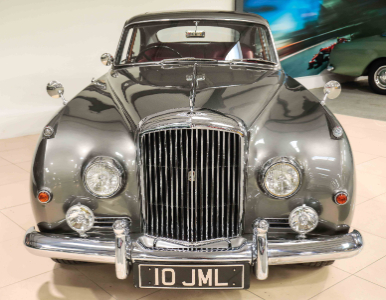 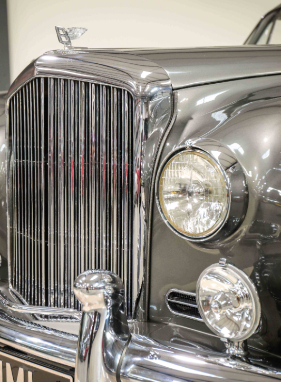 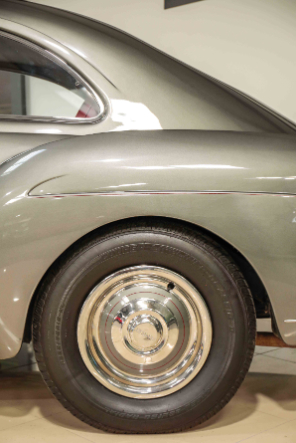 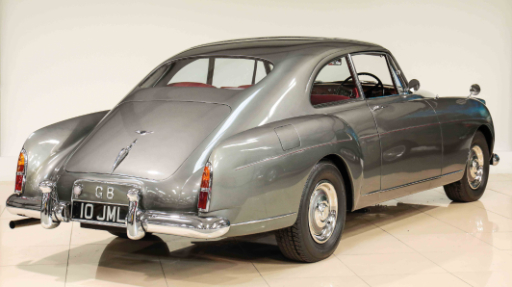 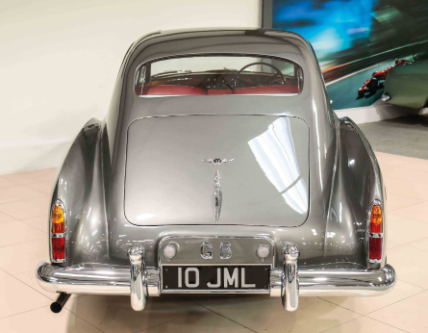 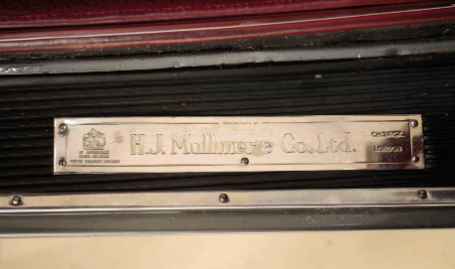 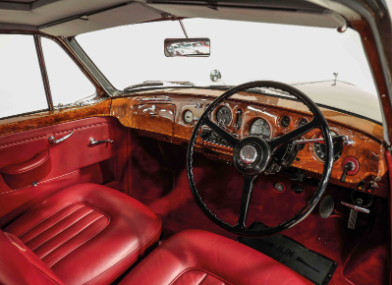 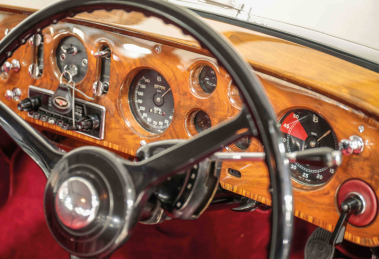 ‘Their responsiveness, beauty of line and traditional coach-built interior fitments make them the ultimate in fifties personal transportation’ The Flying Lady.

The Bentley S1 Sports Saloon was first introduced in 1955. It quickly became synonymous with effortless high speeds and luxury touring. Of all the designs, and possibly all the Bentley’s, the Mulliner S1 Continental Fastback is the most iconic example of high-performance elegance. The S type was built on a new chassis, which included improved brakes and suspension. They were also fitted with the latest, enlarged model, of the inlet-over-exhaust, six-cylinder engine, which produced 4887cc. As well as this, the Continental came with a shorter radiator and high gearing. All of which resulted in exceptional sports car performance; a top speed of 120mph and it could reach 50mph in just over 9 seconds. In 1955 Autocar wrote: ‘It brings Bentley back to the forefront of the world’s fastest cars’.

The luxury aspect of this car is apparent on first sight, the famous lines of the Mulliner coachwork are sublime. The interiors were fitted with touring in mind, comfort and space are paramount. It is noted in the original build sheets for 10JML, that an opening head and rear sun blind are added, which would no doubt contribute to the comfort in which you would travel to the Cote d’Azur, and they are still present to this day. Again commenting, Autocar state: ‘the latest Bentley model offers a degree of safety, comfort and performance that is beyond the experience and perhaps even the imagination of the majority of the worlds motorists’.

This early example has a fantastic and comprehensive history. Initially registered in 1956 to Mr Johnstone, the managing director of H J Mulliner and Co Ltd. She was first displayed at the Earls Court Motor Show and not long after sold to a Mr D Letts, known for racing MG’s at Brooklands. During this ownership 10JML was looked after by Jack Barclay; the first note in this car’s extensive history is a simple remedy of a failing stop lamp. In 1961 the car was sold, via Jack Barclay, to a J W Jennings of Samuel Jones & Co Ltd. There is documented dialogue between Barclay’s then manager and Jennings recording the sale. Mr Jennings kept and maintained the car, using Rolls Royce Ltd companies, until 1968. It was then passed to The Freeman Heating Co who commissioned maintenance work, including an engine rebuild, to preserve the cars originality.

In 1979 the vehicle was purchased by David Rolfe, an avid collector of Bentley cars and a regional chairman of the BDC. He kept, looked after, and enjoyed this Continental for 35 years. She was then sold to a Mr Head, who upon taking ownership of her in 2008, initiated a specialist report. All highlighted issues were recorded and then remedied. Mr Head rallied the car in Australia in 2010, taking part in ‘Bentleys Australia Over the Top’, 44 Bentleys travelling through the outback, and no issues were recorded. In 2017 Mr Head then instructed a full restoration, to include a bare metal respray, refinishing of the veneers and £17,000 worth of mechanical conservation. The care shown during this process is apparent in the resplendent finish seen when one views the car in the flesh. The car passed to the present owner in 2018.

10JML is an impeccable example of one of the most desirable Bentley’s ever to grace our roads. We are delighted to offer her as part of the Newton House Collection, with hope that buyers will not miss the opportunity acquire such a beautiful and rare car.