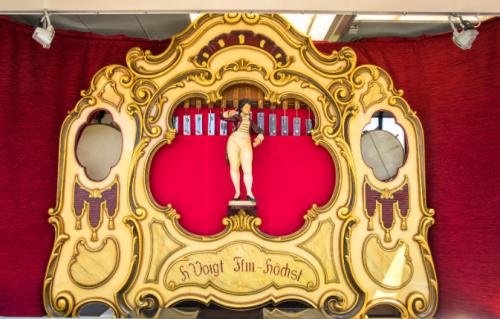 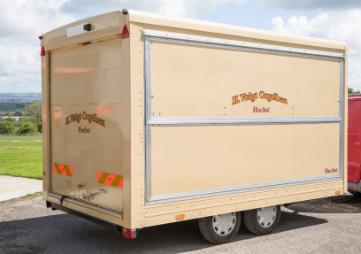 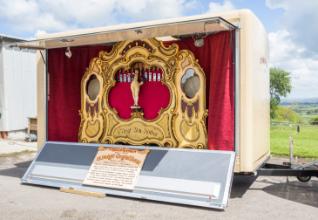 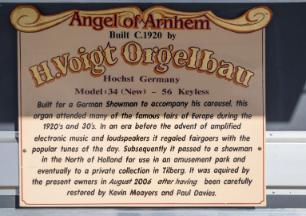 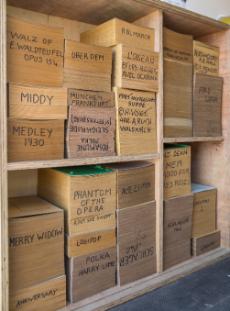 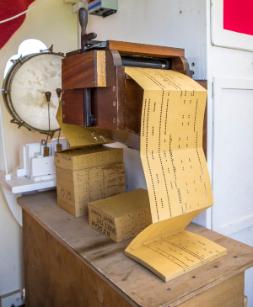 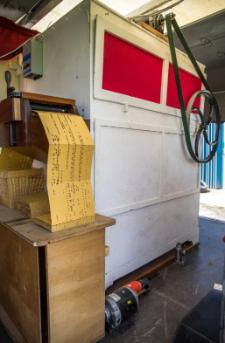 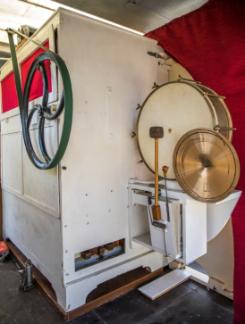 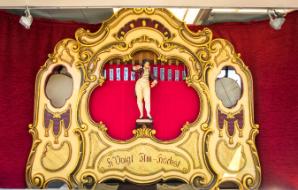 This splendid fair organ was built around 1920 by Heinrick Voigt in Hosht, Germany. It was first made for a travelling fair, to accompany a carousel. Over the years it found its way to many major fairs throughout Europe. During the Second World War the organ was lost, it was only rediscovered in Holland in 2002. It was then brought to England and extensively restored at the Amersham Organ Museum by Kevin Meayers and Paul Davies. It is a very rare organ for several reasons; it is one of few examples the Voigt family made for fairs, most of their productions were high quality church organs. Secondly this Organ has maintained a high degree of originality, while most are heavily modified. There is also a rare ocarina register. The instrument has 240 pipes plus snare drum, bass drum, cymbal and a working bandmaster. It is sold with a large collection of sheets. These fantastic mechanical inventions provided hours of joy and amusement to an era before amplified speakers. There history and charm are captivating.