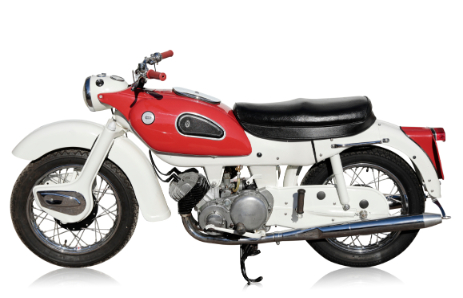 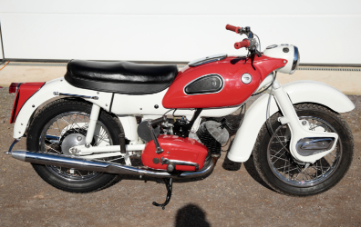 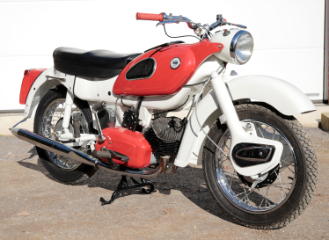 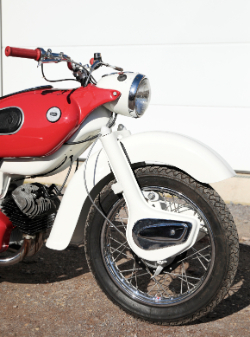 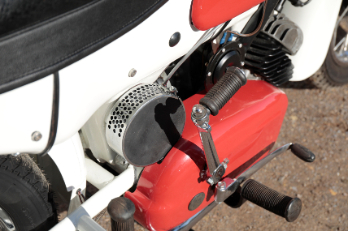 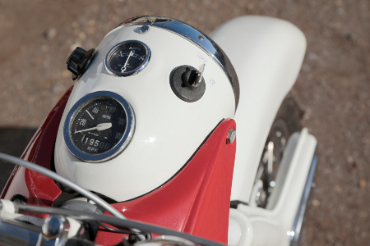 The Ariel Arrow is a British made bike oozing with 60's style. These rare bikes were designed to compete with imports from the Japanese market. They were to fulfil the mandate of speed, agility and practicality. Their two-stroke 250cc engines and panelled body work made them light weight and plenty powerful. Sadly the model was discontinued in 1965, and now there are not a great number of surviving Arrows. This example has been well maintained and looked after. A distinctive ride that will turn heads.