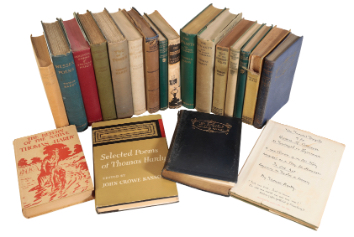 From 'Thomas Hardy's Works', Volume XVIII, with thirty illustrations by the author, published 1903, London, Macmillan & Co., Ltd., and a collection of further Thomas Hardy editions published by Macmillan (a lot)