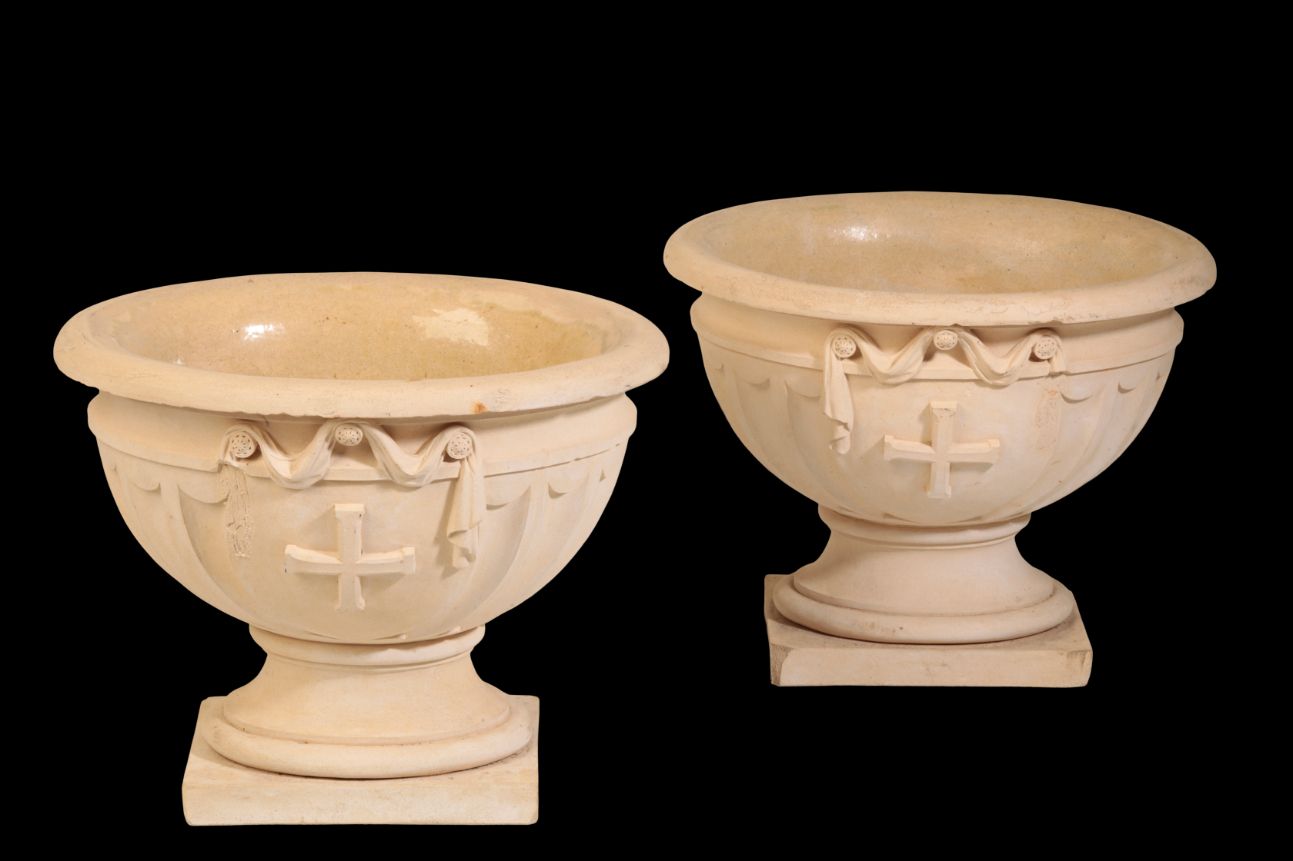 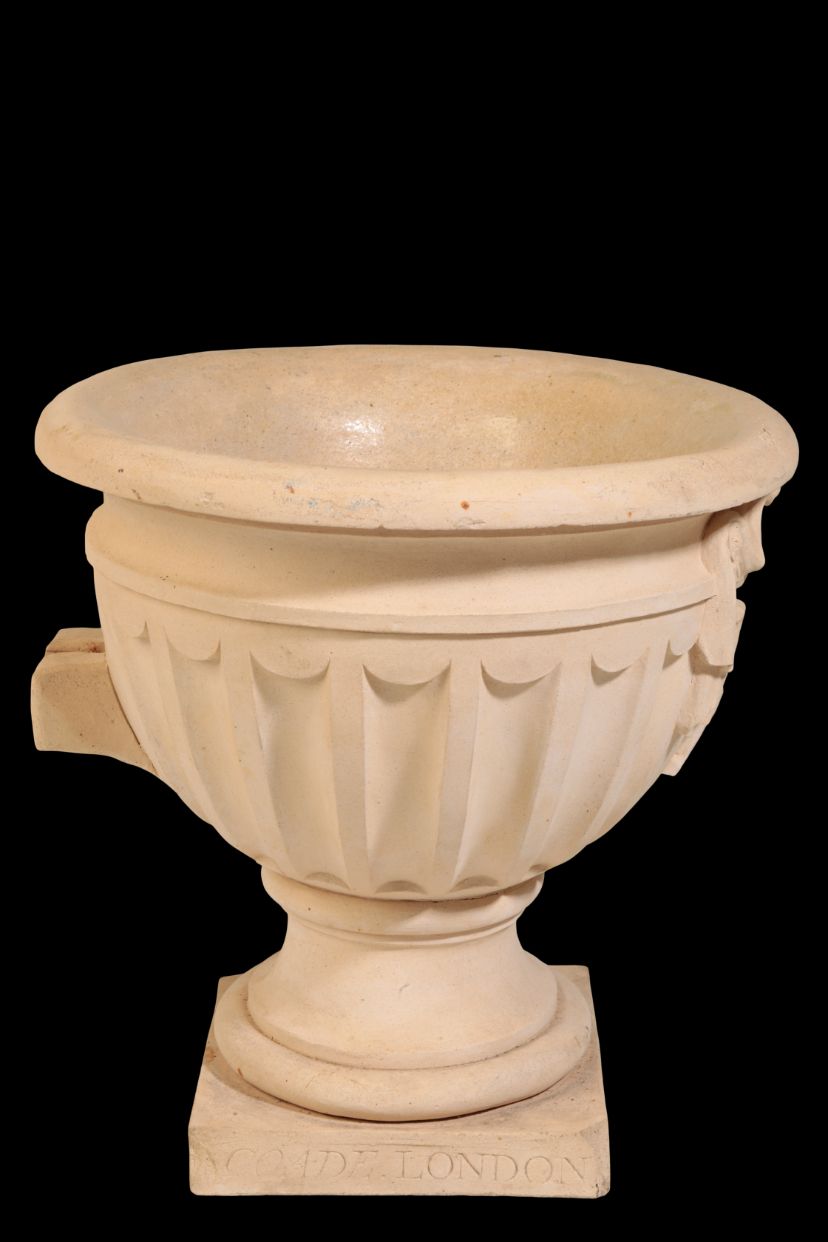 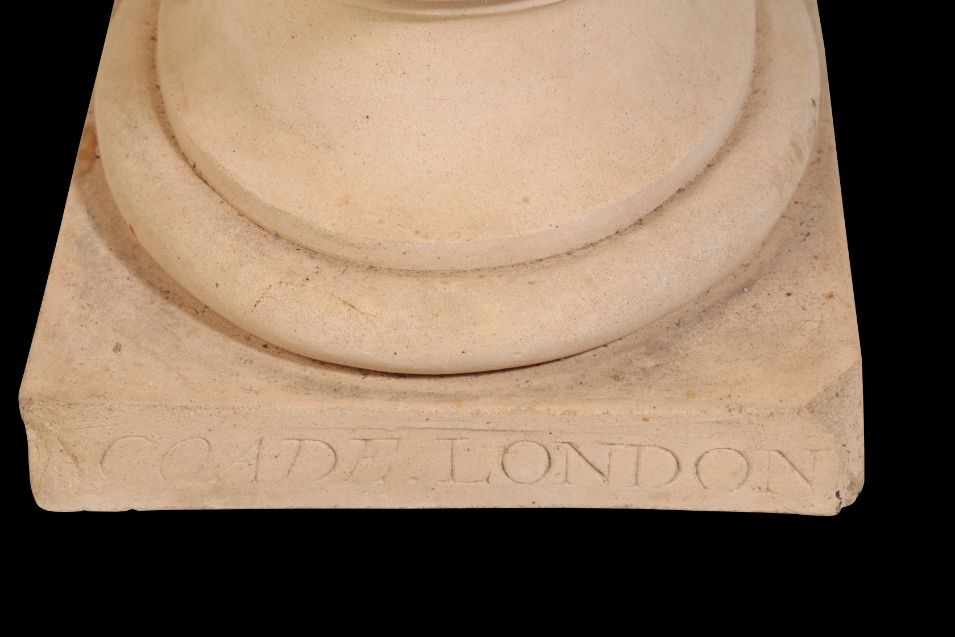 early 19th century, of urn form, and oval section with everted rims and fluted bodies, the fronts each modelled with a swagged armorial shield bearing a cross potent, the reverses each with a rectangular attachment lug, on waisted socles, the rectangular bases each inscribed COADE. LONDON at one end, 26cm high x 33cm wide x 27cm deep

Note: Eleanor Coade was born in Exeter in 1733, the daughter of a wool merchant. By the 1760s she was living in London and in 1769 she went into partnership with Daniel Pincot, who was already involved in producing artificial stone in south London. The pair soon fell out, and in 1771 Coade partnered instead with the sculptor John Bacon, whose accomplished designs and workmanship helped to establish the Coade Artificial Stone Company as the leading firm in its field

In an era when architectural embellishment was at its height and when Neoclassicism was the vogue, Coadestone became the must have dressing for the great houses of the land, and can still be seen in-situ at many sites