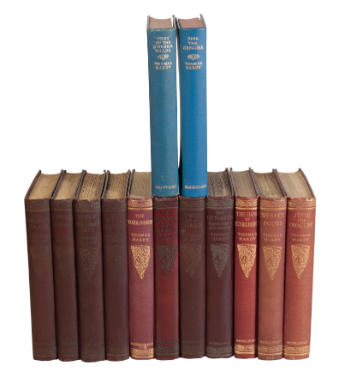 'John Loveday a Soldier in the War with Buonaparte' And 'Robert His Brother First Mate in the Merchant Service', a Wessex Edition, from The Wessex Novels, prose Vol XI, published 1912, London, Macmillan and Co., Ltd., with a number of other Wessex Editions, and further Thomas Hardy Macmillan publications (a lot)