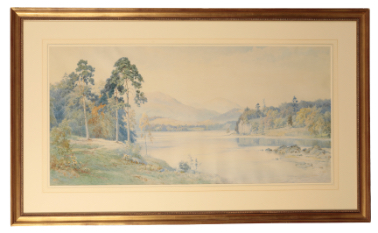 with trees to the foreground and mountains beyond, signed lower left, watercolour, 49cm x 98cm