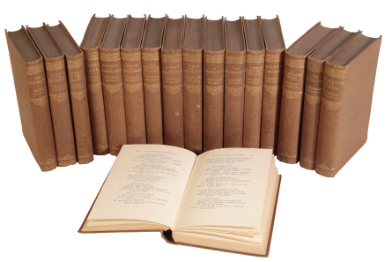 'The Waiting Supper And Other Tales Concluding With The Romantic Adventures Of A Milkmaid', published 1915, London Macmillan and Co., Limited., and a collection of further works by Thomas Hardy, all with brown covers, stamped 'The Globe Publishing Co Ltd' to the spine (a lot)