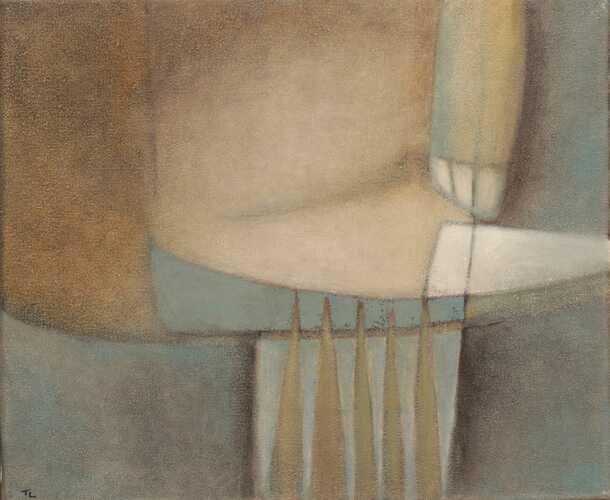 Since Graduating from Winchester College of Art Teresa Lawton has been successfully exhibiting since the mid 90’s. Having had paintings exhibited at the Royal Academy Summer Exhibition on several occasions, exhibiting at the highly regarded Belgrave Gallery, St Ives and Cadogan Contemporary, Kensington. She has been represented at the major London Art Fairs since 1995 by Gordon Hepworth Fine Art up until his retirement, followed by Lena Boyle Fine Art prior to being taken on by Shirley Crowther Contemporary Art and Amanda Aldous Fine Art in 2015.Born in Dorset, Teresa spent most of the 70’s in London before living in Greece for a time. She also travelled around Argentina in the 90's with traveling companion and close friend artist Padraig Macmihadachain. He had been a great supporter of her work at that time and he continued to encourage and show interest in her work until his death in 2017. Teresa had spent much time in Cornwall through her developing years as a painter. The mid 20th century St Ives artists have always been a great inspiration in her work and she has remained true to that influence throughout her career.