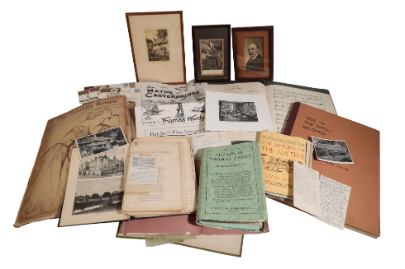 A COLLECTION OF THOMAS HARDY CUTTINGS AND EPHEMERA,

including reviews, essays and newspaper articles (a lot)