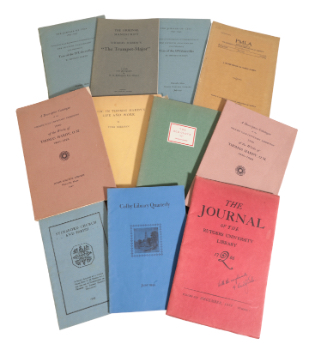 'with an appended note by Carl J. Webber', published 1946, Maine, The Southworth-Anthoensen Press, and some further soft cover works (a lot)