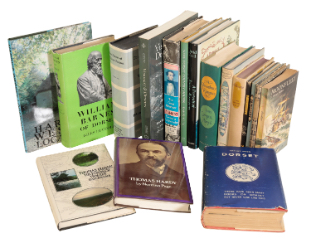 A LARGE COLLECTION OF BOOKS RELATING TO DORSET,

Including both fiction and non-fiction (a lot)