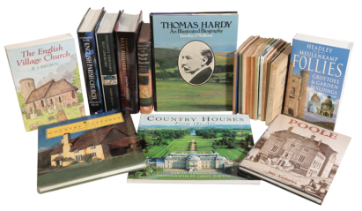 A LARGE COLLECTION OF BOOKS RELATING TO DORSET,