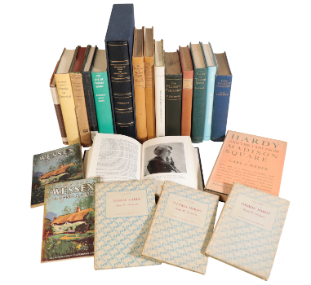 'Literary Landmarks of the Wessex Novels', published 1904, London, Adam and Charles Black, together with a large collection of modern criticism on Thomas Hardy (a lot)