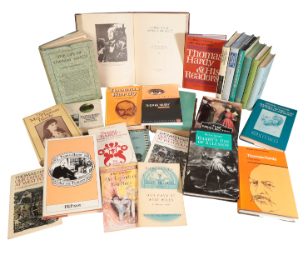 D'EXIDEUIL, PIERRE., THE HUMAN PAIR IN THE WORK OF THOMAS HARDY,

Translated from the French by Felix W. Crosse, published London, Humphrey Toulmin, and a large collection of modern criticism on Thomas Hardy (a lot)