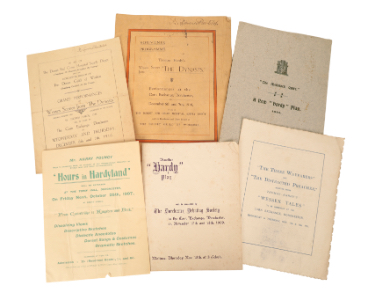 "The Hardy Plays" adapted from his "Wessex Tales" - "The Three Wayfarers" and "The Distracted Preacher", presented by the Dorchester Debating Society, November 15 and 16, 1911;

a flyer and souvenir programme for "Wessex Scenes from The Dynasts"; and a flyer "Hours in Hardyland" (a lot)