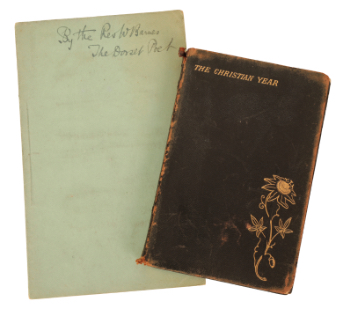 "A Few Words on the Advantages of a more Common Adoption of the Mathematic as a Branch of Education, or Subject of Study", William Barnes, Whittaker 1834; and "The Christian Year. Thoughts in verse for the Sundays and Holydays", Rivingtons, new edition 1882, dedication by William Barnes: "L.L. Barnes with love from her fond Father, 1 Sept 1884 ...." (2)