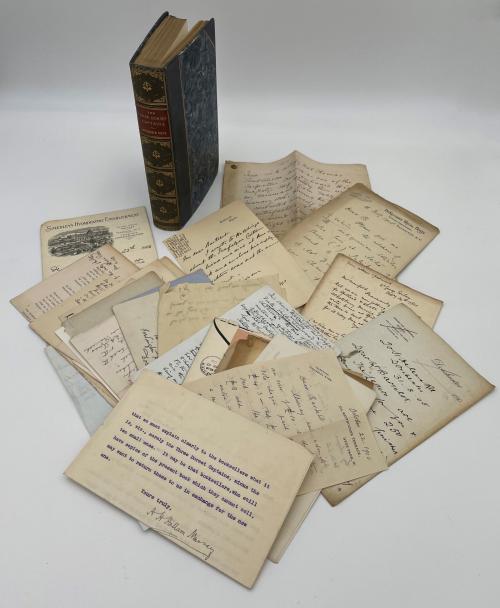 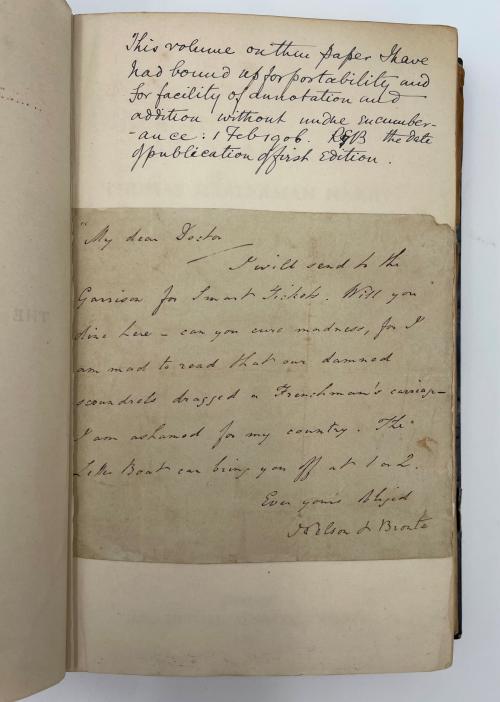 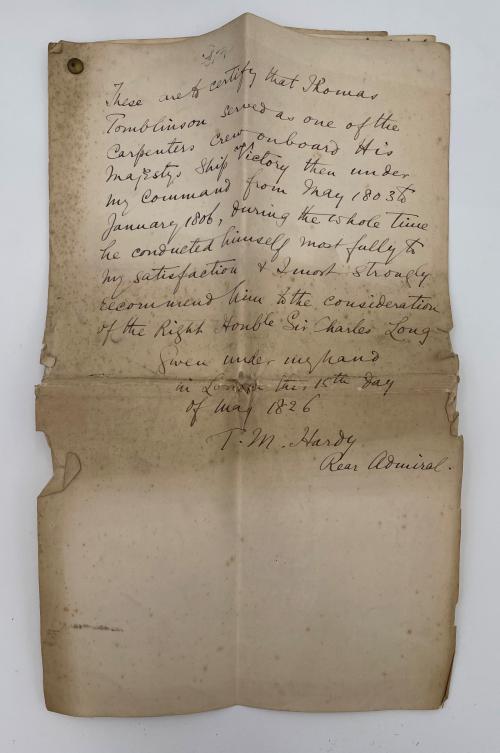 Thomas Masterman Hardy, Charles Bullen and Henry Digby, Bartelot's copy bound for annotation and addition, with pasted in letters, including pasted to a frontispage a letter apparently bearing the signature of Lord Nelson (as Duke of Bronte) to a Doctor, detailing his shame at a French Ambassador's carriage being dragged by "damned scoundrels"

a hand-written letter from Sir Evan MacGregor, Permanent Secretary to the Admiralty and grandson of Admiral Hardy, the book published john Murray, Albermarle Street, London, 1906; together with a manuscript note, dated 15th May 1826, apparently in the hand of Admiral T.M. Hardy, recommending a Thomas Tomblinson, who served as one of the carpenters crew on board HMS Victory from May 1803 to January 1806, and a collection of further correspondence pertinent to the production of the book, including letters from each author sharing their despleasure at the conduct of the publisher