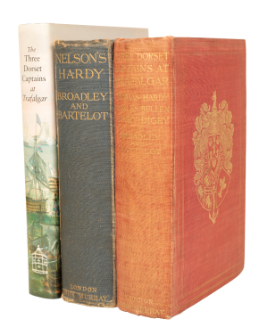 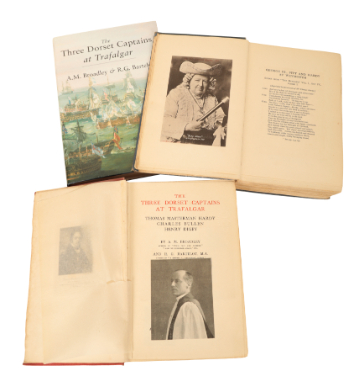 WORKS ON NELSON AND HARDY BY BROADLEY AND BARTELOT

including: "Nelson's Hardy - His Life, Letters and Friends", by AM Broadley and RG Bartelot, Murray 1909. This is the authors copy of the work with photos of the authors and correspondence between them; The Three Dorset Captains by Broadley and Bartelot (as published including related correspondence as per previous lot); and "The Three Dorset Captains at Trafalgar" Dovecote Press for the bicententary (3)