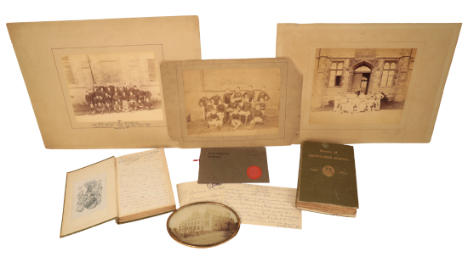 by Rev. RG Bartelot 1899 - the authors copy with associated post-publication correspondence and ephemera and second copy; a framed photo of Crewkerne School in 1883, inscribed on the back; three mounted photos Crewkerne School boys in 1833, cricket team 1884 and football team 1885; school prospectus, likely early 20th century; and a charming letter in rhyme to RGB at school from his father (a lot)