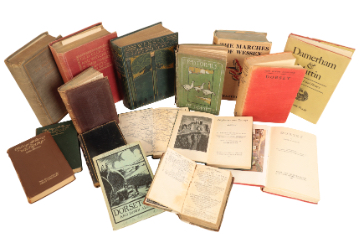 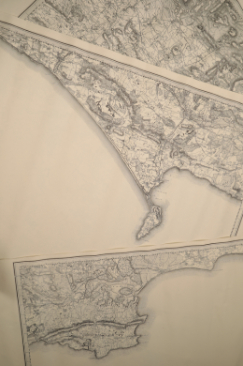 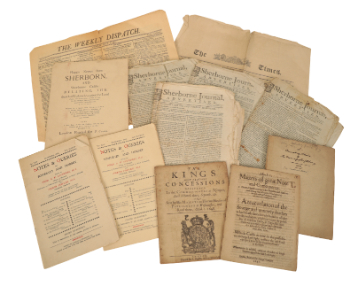 including: "Matters of Great Note and Consequence", a pamphlet printed for George Thompson 1641; "Dorset Up Along and Down Along" A Collection of folklore, flower names and floral love, gathered together by the Womens Institute; "Pastorals of Dorset", "Highways and Byways in Dorset" by Sir. Frederick Treves, edition 1935; an Ordnance survey map of Dorset, 1811, with updates to the 1850's, in four sheets, published in 1969 by David & Charles;

and a collection of mixed Dorset local history books, other pamphlets and papers (a mixed lot)