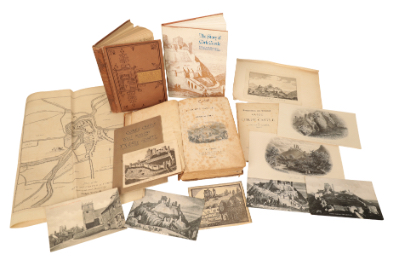 SPCK, London; "Corfe Castle" or "Keneswitha" Anon, Hurst Robinson & Co. London 1824; other books and pamphlets; a quantity of antiquarian views of Corfe Castle ruins and a reproduction plan; and "Twenty Sermons delivered in the Parish of Swanage" by Rev. Thomas Oldfield Bartlett, Smith 1843 (a lot)