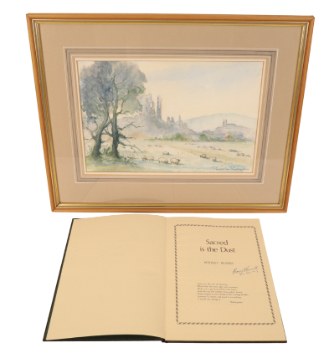 A painting of Corfe Castle from the meadows by Pamela Russell; 'Sacred is the Dust' poems by Rodney Russell, The Friary Press, Dorchester with signed dedication to Dr. Romana Bartelot (2)