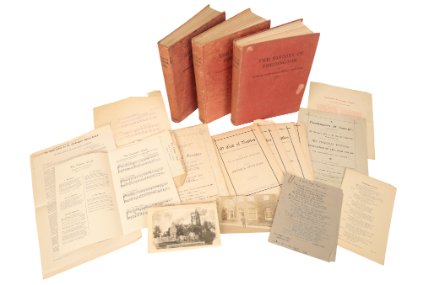 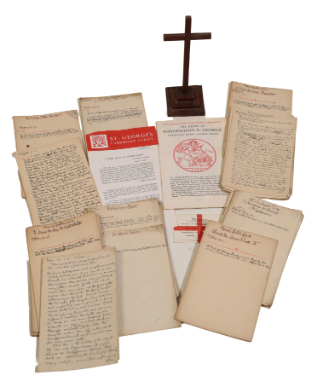 including: The History of Fordington (3 copies0; The Calvary Carol, 1910 (2 copies); Christmas Carol 1897 by Rev. R Grosvenor Bartelot; New Year Carol 1947 by Bartelot (written during his final illness); God of Battles - a Hymn of Intercession during the War, Words by Bartelot and music by Arthur Sullivan, Novello & Co; a box of sermons delivered in Dorset; and a travelling cross made from roof timbers of St. George's, Fordington; and other similar items (a lot)