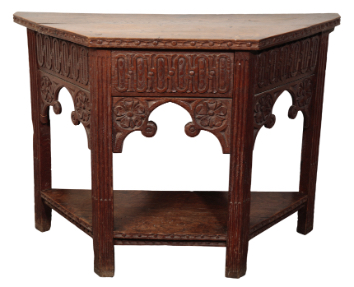 made from medieval timbers from the roof of St George's Church, Fordington, the canted top above a carved arcaded apron, standing on four carved and fluted legs joined by an undertier, 96cm wide x 69cm high x 37cm deep