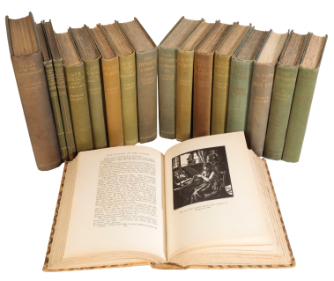 HARDY, THOMAS., THE RETURN OF THE NATIVE,

One of 1500 limited editions with illustrations from woodcuts by Clare Leighton and signed by the artist, published 1929, London, Macmillan and Co., Ltd., together with a collection of further Thomas Hardy works published by Macmillan, to include; Hardy, Thomas., 'TESS OF THE D'URBERVILLES', with forty-one wood engravings by Vivien Gribble, published 1926, London, Macmillan and Co., Ltd., (a lot)