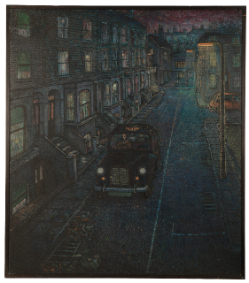 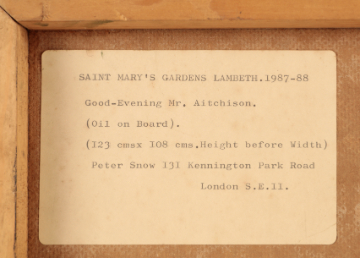 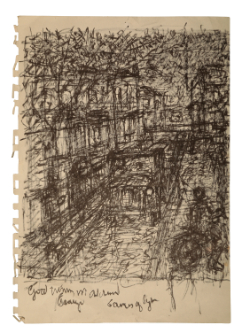 London street scene with a black cab carrying a passenger to the centre of the image, oil on board, 107cm x 122cm

Provenance: The Studio of Peter Snow (1927-2008)
Peter Frederick Briscoe Snow was an English painter, theatre designer and teacher. From the 1960s to the 1990s he was head of postgraduate theatre design at the Slade School of Fine Art