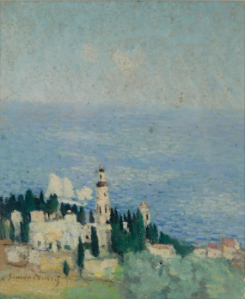 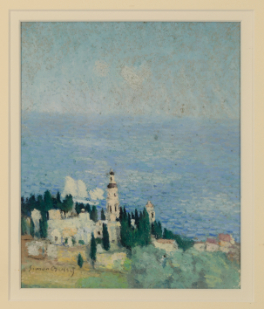 looking towards the sea with the with tower of the Baroque Basilica of Saint-Michel-Archange to the centre, a ship calmly passing by to the distance, signed lower left, pastels, 22cm x 18cm