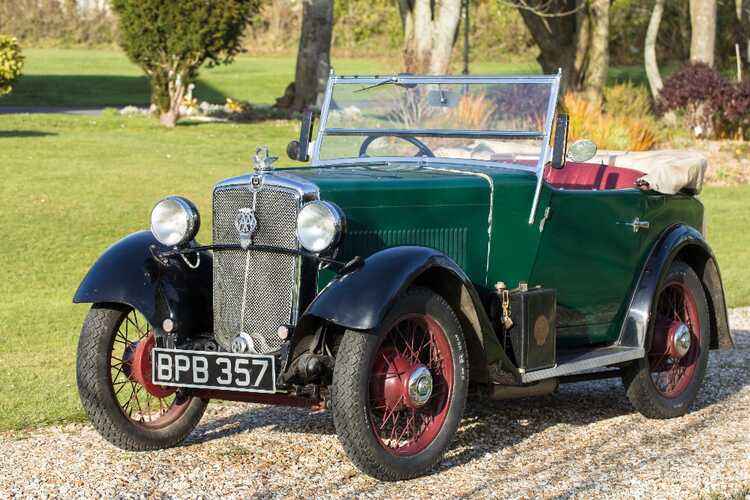 1934 MORRIS MINOR TOURER Registration Number - BPB 357 Chassis Number - 34/MS/37876 Engine Number - 25309 Morris acquired Wolseley in 1927 which facilitated the production of a light car intended to rival Austin's highly successful Seven. Wolseley's 847cc, four-cylinder engine provided the power for the new Minor which, with around double the Seven's output, enjoyed markedly superior performance. Having spent a full day putting the '£100 marvel' through its paces, the Daily Herald declared: 'Four years ago, the same car could not have been produced for twice the price.' Despite being acclaimed by press and public alike, the original 'cammy' Minor was dropped in 1932 in favour of the recently introduced - and cheaper to produce - sidevalve-engined version. The new engine retained the same bore/stroke dimensions as the superseded OHC unit, which lived on in various MG sports cars, and was claimed to produce only one horsepower less. The two-seater tourer continued to be offered for just£100. By the time Minor production ceased in 1934, almost 40,000 'cammy' and over 47,000 sidevalve models had been built. Sundry papers include the original Operation Manual and the V5C registration certificate
Bidding ended. Lot is unsold.
I have a question
© Snoofa 2020
Terms and Conditions Privacy Policy