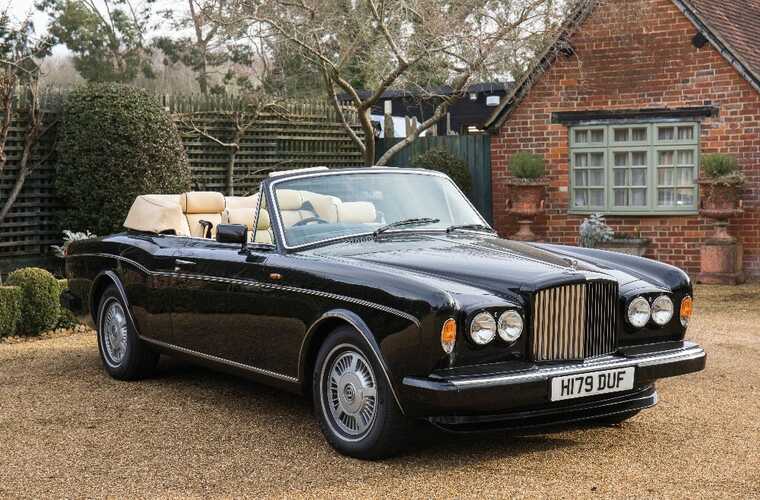 1990 BENTLEY CONTINENTAL CONVERTIBLE Chassis number - SCBZD00A1LCH30254 Engine number - 72001L4101/NEL Registration number - H179 DUF The Bentley Continental was virtually identical to the Rolls-Royce Corniche that was produced from 1971-1995. It carried both closed and open two-door body styles. Essentially being the coupe and convertible versions of the T1 and T2, the Bentley used the T1's unibody construction. The car was smaller and squarer than early models, though the Continental was aimed at buyers who insisted on coachbuilt bodies. The design took four months to build, and two weeks alone were spent just creating the convertible's top. Powered by a 6750cc fuel-injected OHV V-8, and although the car weighed almost three tons it reached a top speed of 120 mph, with 0-60 mph reached in fewer than ten seconds. This stunning example has covered just over 130,000 Miles and has just two previous owners from new.
Bidding ended. Lot has been sold.
I have a question
© Snoofa 2020
Terms and Conditions Privacy Policy