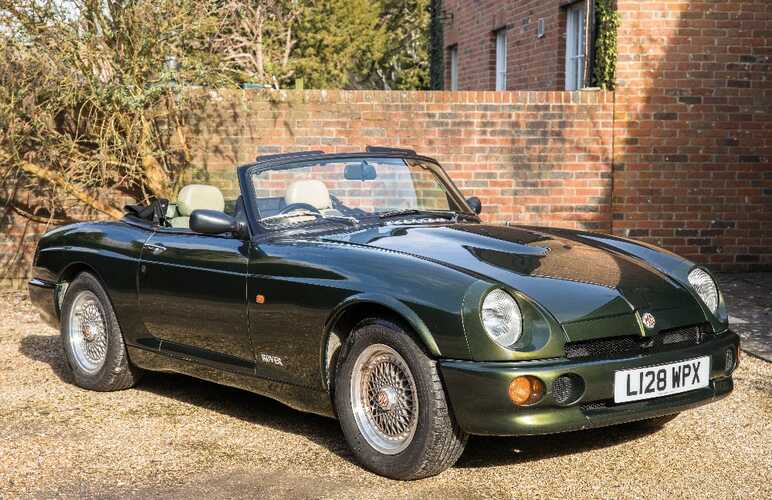 1994 MG RV8 Registration Number- L128 WPX Chassis Number- SARRAWABMBMG000494 The MG RV8 was first launched in 1992 as a limited edition production run. Marking the return of the two seater MG sports car. Bought the new the MG R had a price tag of £26,500 and was fitted with a Rover 3.9 litre V8 engine, just 1,983 examples were produced. A majority of these were exported to Japan. This particular model was first registered in Japan in 1994 and is finished in a Woodcote Green Pearlescent paintwork and stone leather interior. After initially being exported to Japan it returned to the UK in April 2005. Since its return to the UK at has had two owners and all the indications show that is has covered 28,000 miles. It has recently been fitted with the desirable Clive Wheatley adjustable Spax shock absorbers, an Optimax chip, a new hood and Dunlop BluResponse tyres. It comes with the original half tonneau and wind deflector. It also retains original paper work, including the original handbook in Japanese.
Bidding ended. Lot has been sold.
I have a question
© Snoofa 2020
Terms and Conditions Privacy Policy