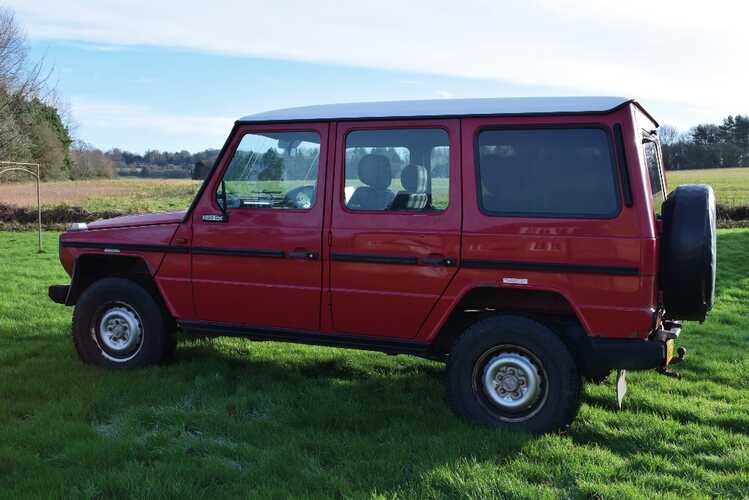 2001 MERCEDES-BENZ G-CLASS 290GDT 'GELANDEWAGEN' Registration number Y267ROR VIN/Chassis/Frame No. VAG4613362X914004 Engine number 60298302050247 In ex-West Sussex Fire Service livery; first developed as a military vehicle, the 'G-Wagen' is renowned as a rugged, 'boxy' no nonsense vehicle and has a cult following amongst collectors and fashion conscious drivers. It was originally developed in collaboration between Daimler-Benz and Steyr-Daimler-Puch in Austria, this example carries the Puch badging and was used by the West Sussex Fire Brigade as a tender vehicle; as a result it enjoys exempt taxation as a 'fire engine'. Still in production as a luxury SUV and one of Mercedes' oldest continually produced vehicle marques, veteran G-Wagens continue to attract attention for expensive retrofits. 146,000 Miles
Bidding ended. Lot is unsold.
I have a question
© Snoofa 2020
Terms and Conditions Privacy Policy