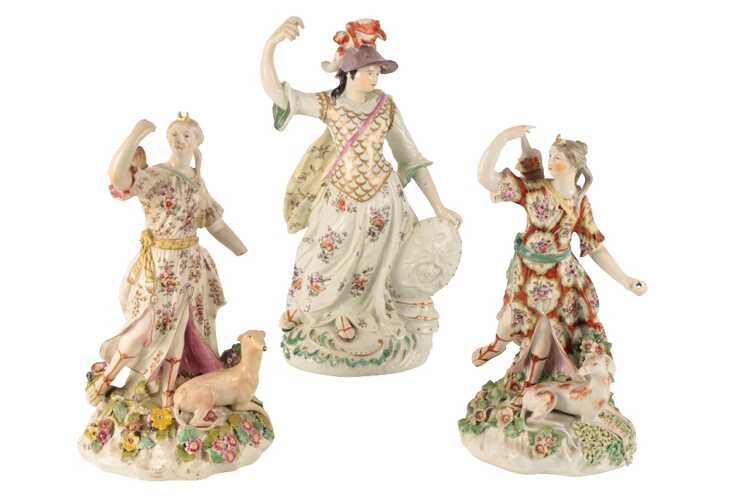 DERBY FIGURE OF 'DIANA THE HUNTRESS'

DERBY FIGURE OF 'DIANA THE HUNTRESS', 18TH CENTURY, modelled wearing a flowing dress with a hound at her feet, standing on a naturalistic base, 28cm high; together with another figure of Diana the huntress, 18th century, 29cm high; and a DERBY FIGURE OF A WARRIOR, 18TH CENTURY, 32cm high (3)
Bidding ended. Lot has been sold.
I have a question
© Snoofa 2020
Terms and Conditions Privacy Policy