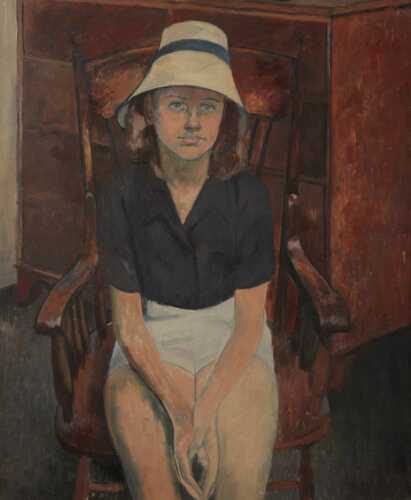 seated in an interior, wearing a simple blue and white outfit with matching hat, her arms resting in her lap, signed and inscribed verso, oil on canvas, 90cm x 75cm
Provenance: By direct descent of the Artist