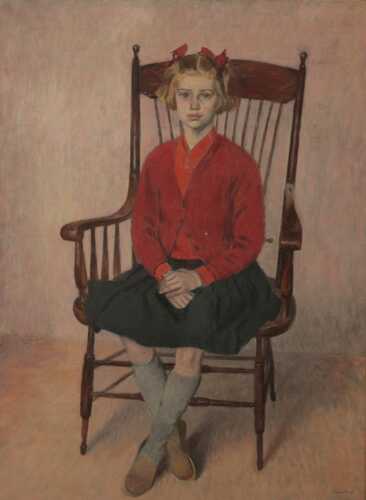 a full-length portrait of a young girl seated in an interior, her hair tied with red ribbons to match her cardigan, signed lower right, titled and inscribed verso, oil on canvas, 100cm x 75cm


Provenance: By direct descent of the Artist