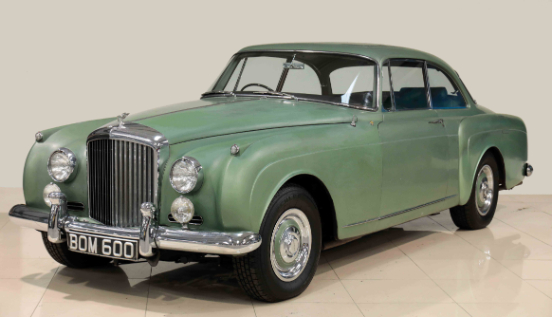 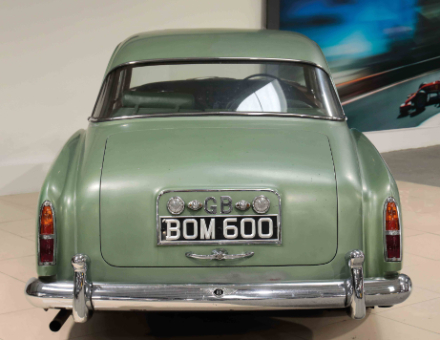 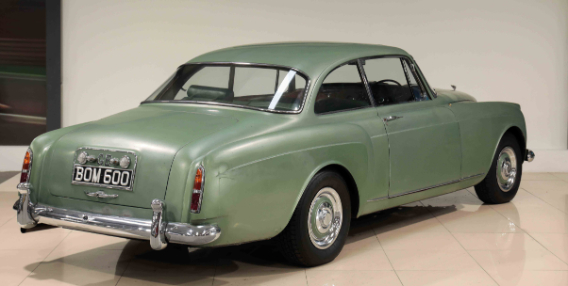 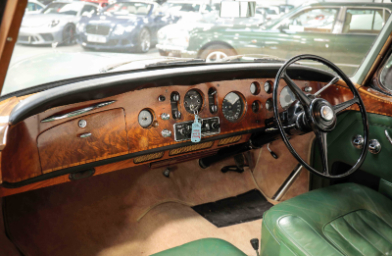 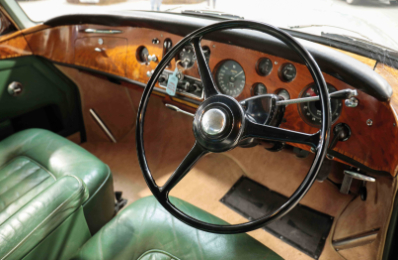 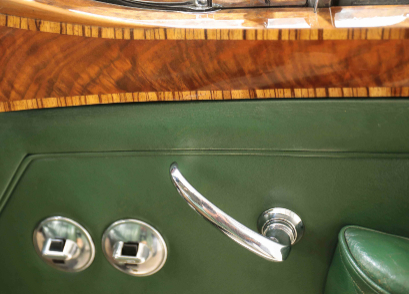 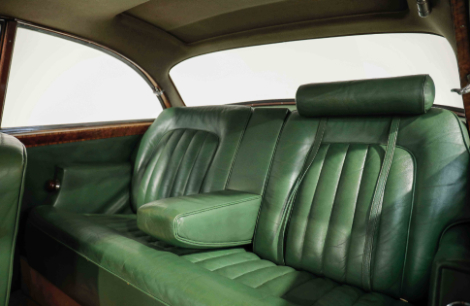 In 1952 the Bentley Continental S1 Sports Saloon, established itself as the embodiment of graceful high-speed cruising. For several years thereafter, the S1 and its sister model the Silver Cloud, dominated this market. However, by the late fifties, increasing competition was developing from the United States, where faster rival vehicles had begun to appear. In response, when the Bentley S2 was first released in 1959, it was fitted with a new 6230cc aluminium-alloy V8 engine. This enhanced considerably both the power and ‘flashing acceleration’ offered. Alongside standardised power-assisted steering, and Rolls Royce’s own automatic transmission, this model built upon the reputation of its predecessor. Autosport reaffirm that the Bentley S2 ‘gives high-speed travel in silence and luxury, while the driver and passengers enjoy the sense of well-being that only British craftsmanship can give’.

Famously one of the most beautiful Bentley’s ever produced, coachwork was split between Park Ward and H J Mulliner, both of which were then owned by Rolls Royce. Of the 388 S2’s produced 222, were fitted by Mulliner, including our BOM 600. First supplied to Mr Percy Levy in 1961, by the renowned Jack Barclay of Mayfair, this example is fitted with several bespoke luxuries and classic design features of the sixties. The coachwork is finished in Mist Green with accents of fine silver coach lining and the interior, in House of Commons Green Connolly leather. This vehicle was commissioned with comfort in mind; the left-hand rear passenger seat was built with folding head rest and inbuilt footrest. In addition, there are original electric windows and, very rare for this model, a sunroof. Mr Levy was a joint director of the ‘600 Group’, a multi-national conglomerate of enterprises including engineering and steel making. Mr Levy kept the car for near forty years, driving her rarely. Despite being regularly serviced the first mention of mileage is in 1983, showing only 11,770.

In 2001 the car was passed to a trader who took all the necessary mechanical preparations to sell the vehicle, and eight months later she was sold to a Mr G S Frost. Mr Frost and his son kept and maintained the car until 2012, with regular servicing taking place at Specialist Cars of Exeter. A major service was conducted in 2008, with the engine being stripped and fitted with new pistons, liners, bearings, and newly machined heads. The total work invested over £15,000. In 2017, BOM 600 was purchased by a Mr Robert Jewers, a board director of the famed J. D. Classics. Any works carried out during his ownership appear only as bills for parts, as the labour was taken care of by the highly skilled workers of their in-house team.

Our vendor added this car to his crafted collection because of its prominence in the Bentley narrative. To ensure this example maintained its famed driving experience, he conducted a major service in 2019. All details of which are fully documented and amount to £25,000. Its mileage at this point reads only 28,229, exceptionally low.

With its original patina and bespoke features this Bentley S2 evokes sixties style and luxury. Alongside Bentley’s famed V8 performance and longevity, this car is an exceptional example of Bentley design.