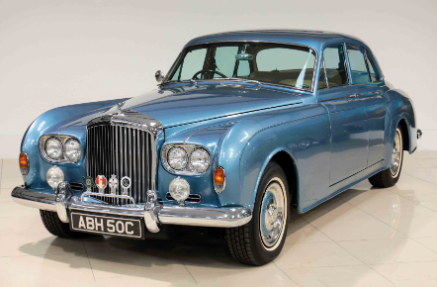 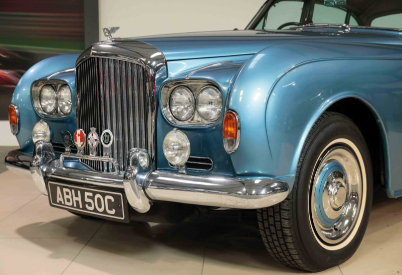 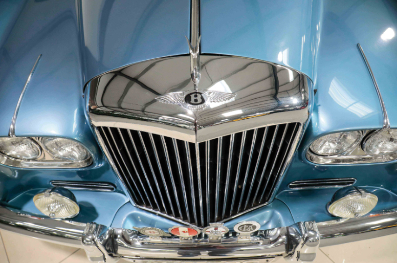 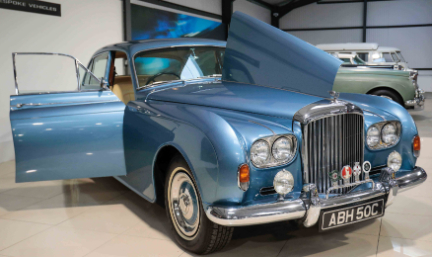 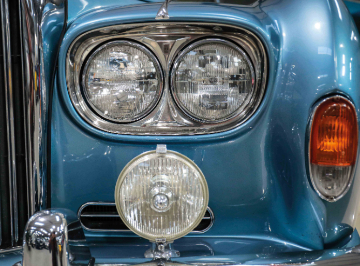 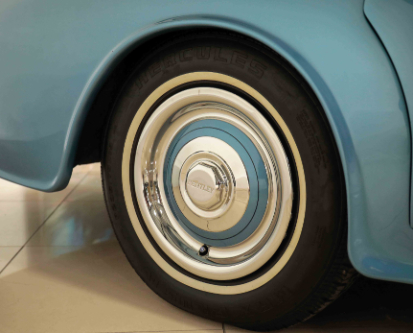 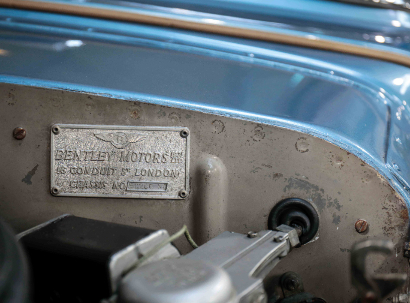 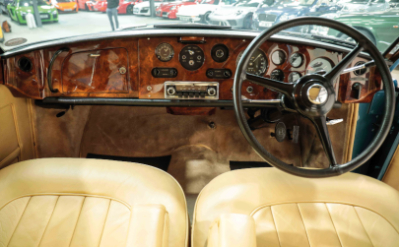 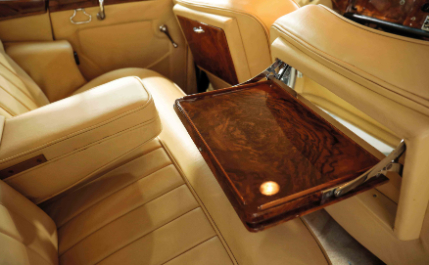 The Bentley S3 is the third and final incarnation of the sixties Continentals. Arguably achieving the most attuned state of luxury sportscars of the period. The V8 engine had been re-engineered to employ a higher compression ratio, with larger carburettors; this increased horsepower and enabled the car to reach a top speed of 115mph. Passenger comfort, again at the forefront of Bentley’s design, has been heightened; the front passengers were given individual, split-bench seats, and the rear passengers greater leg room, this car was made for the driver, and the passenger. The S3 appears to establish the style for the future of the brand; with the instantly recognisable ‘Chinese Eye’ design, and largely standardised four doors, it is easy to see the S3 as the basis for all cars following, from the T series to the new Flying Spur.

The coachwork of ABH50C is an example of only 20 produced by the highly respected James Young firm, which stopped business shortly after this car was made. The Bromley based firm would produce some of its finest work for the four door continentals, and Martin Bennet in Rolls Royce and Bentley states: ‘In the twilight of their coach building years, James Young had with these cars reached the pinnacle of excellence’.

This car was originally ordered by Reckitt and Coleman, a major supplier of household products based in Hull. The original optional extras were a radio and fully automatic aerial. The car was initially registered to a J B Upton Esq. In 1981 BC200XC was purchased by a Mr Sharifi of Offords Coachwork, via the marque specialist dealers Frank Dale & Stepsons. Whilst in his ownership the car was repainted from Tudor Grey to Garnet. In 1984 Alec Norman purchased the car. He was a well-known aficionado of Bentley cars, and in particular of the James Young designs. He was also a well-respected member of the Bentley Drivers Club and an ex-Bentley Dealer. Known for not keeping his cars for long, in 1986 BC200XC was sold again through Frank Dale & Stepsons, to a Graham Kennedy. Also a long-term Bentley owner, Mr Kennedy kept the car for five years, maintaining it with Frank Dales, and then part exchanging it for another Continental. In 1991 the car was purchased by a Hong Kong national as an investment, with the car being fastidiously maintained whilst in store. In the mid-1990’s the car was purchased by Mr McGavin and underwent significant restoration with specialists Hillier Hill. By 2002 the car passed hands again, and a body-off restoration was instructed. The car was re-sprayed, re-chromed and relined to an exceptionally high standard, with full coach lines and beauty rings hand painted by a professional coach liner. When our present owner acquired BC200XC in 2017, another full service was galvanised, with some extra luxuries sensitively added; to include a modern radio unit and top-quality speakers.

This car is a statement of quality. The time and expense spared on this car is evidenced in its documentation. A luxury to drive and a privilege to be seen in, this James Young bodied Continental S3 appeals to the Bentley driver with discerning taste.