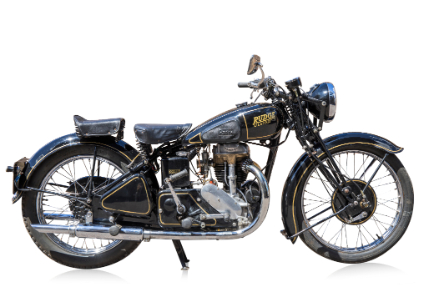 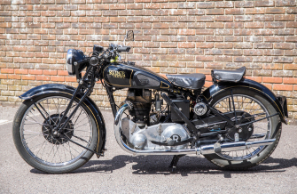 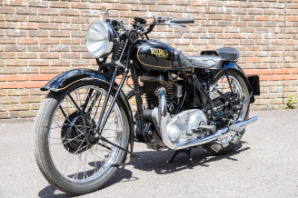 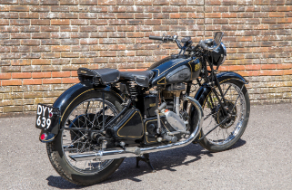 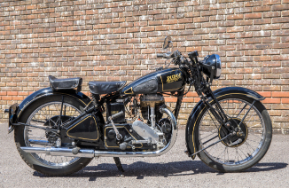 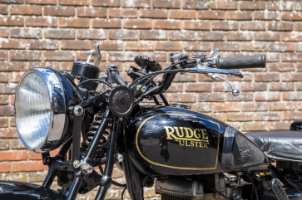 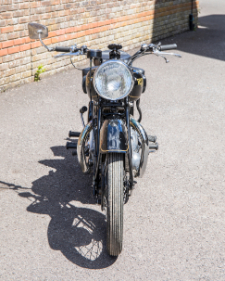 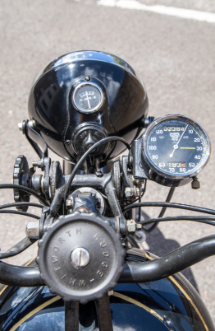 The Rudge 'Ulster' takes its name from the famous Rudge victory at the Ulster Grand Prix. In 1928 the Rudge, with its distinctive design of four-valves-per cylinder, became the first bike to win an international long distance race averaging more than 80mph.

The Rudge 'Ulster' is derived from this championship pedigree. Rudge used its race proven engineering, as well as subtle innovations, to create the ultimate 1937 roadster. The 500cc engine emitted around 30bhp, and with Rudge’s famous linked braking system, this bike was a performance leader. It was the most desirable bike of the day, and its classic styling has great longevity. The sad collapse of the company after WWII meant that Rudge's are now rarely seen on the road. Those that are left are cherished for their great contributions to British Motorcycling.

This model has been restored and maintained by a motorbike fanatic. There is a good amount of service history including picture documentation of a body off restoration. Also included is a catalogue from Sotheby's 1984 Motorcycle sale, where this Rudge was purchased. It is run regularly and requires no work. It is now sold as part of this collection and the buyer will become part of the legacy of Rudge Motoring.