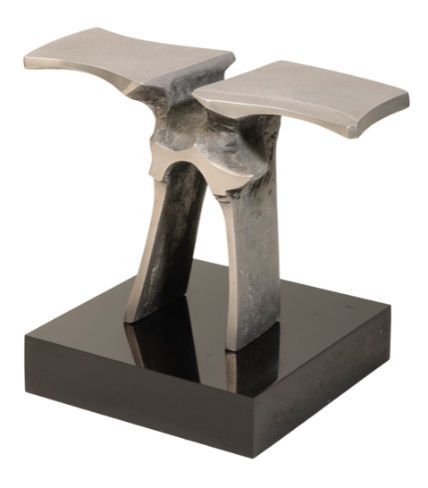 Son of the artist Anne Redpath, Alastair Michie was born in northern France and educated in France and Scotland. He studied architecture in Edinburgh and began his career as a freelance graphic artist, following the completion of war service as a pilot in the Royal Air Force. During the 1960s, Michie began to produce paintings and sculptures and ultimately turned to working in acrylic and mixed media. In 1984 he was elected to the Royal West of England Academy and exhibited at the Royal Academy and the Royal Scottish Academy. He moved to Dorset in 1950, and sold from his studio, a large wine vault below the splendid Queen Anne house in Wareham where he lived with his second wife Sally from 1961 onwards.