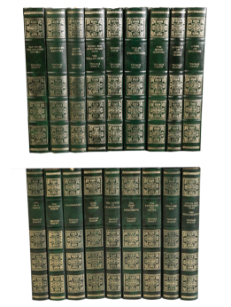 HARDY, THOMAS., TWO ON A TOWER,

with original illustrations by Rosemary Honeybourne, published 1977, London, Heron Books, and a series of Thomas Hardy works published by Heron Books, all with gilt tooled green covers (a lot)