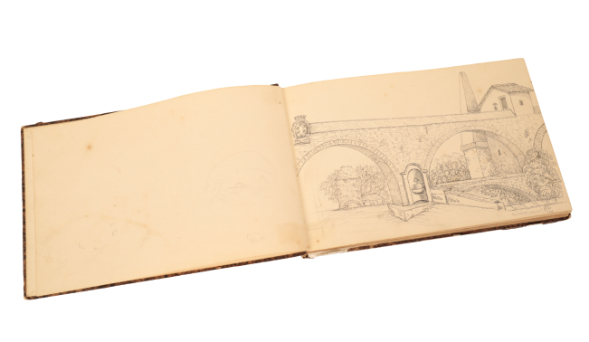 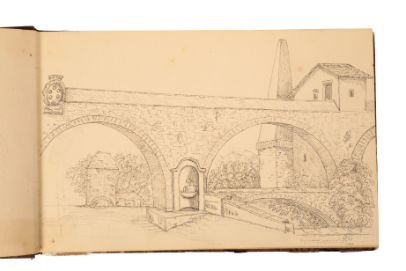 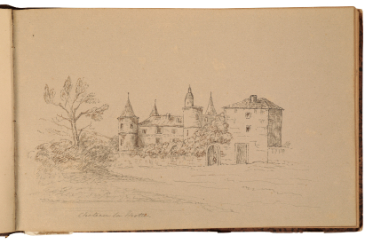 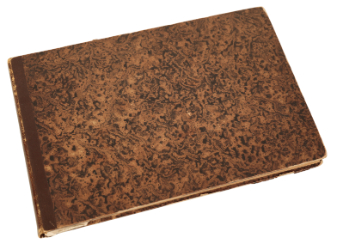 Artist unknown. Containing scenes of northern Italy, France, Austria and England, including some exercises in perspective, and drawings of Bloxworth House, Dorset.