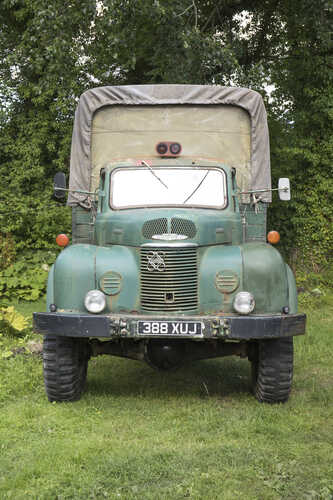 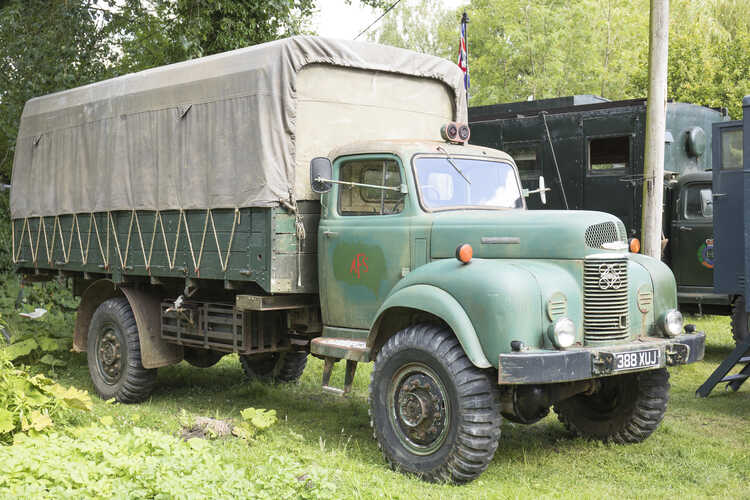 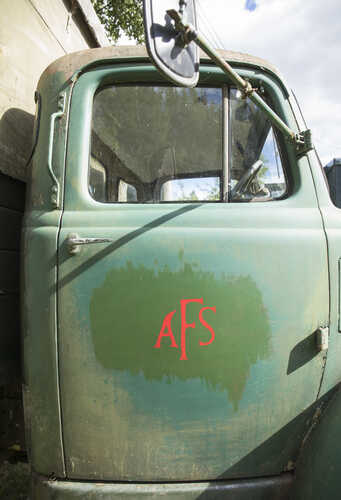 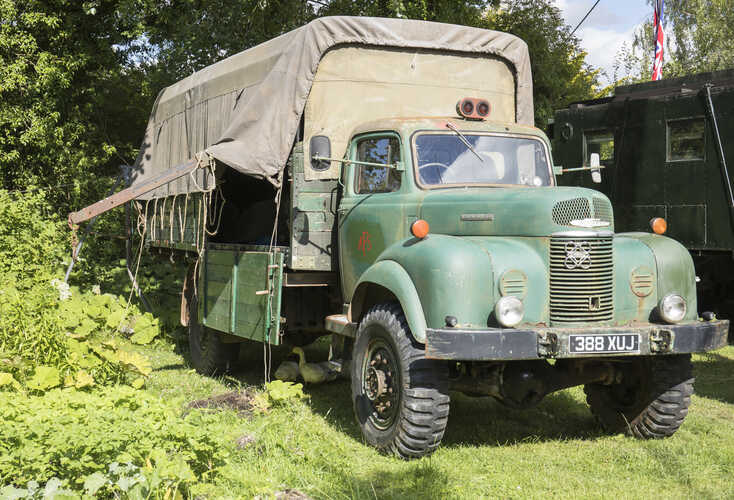 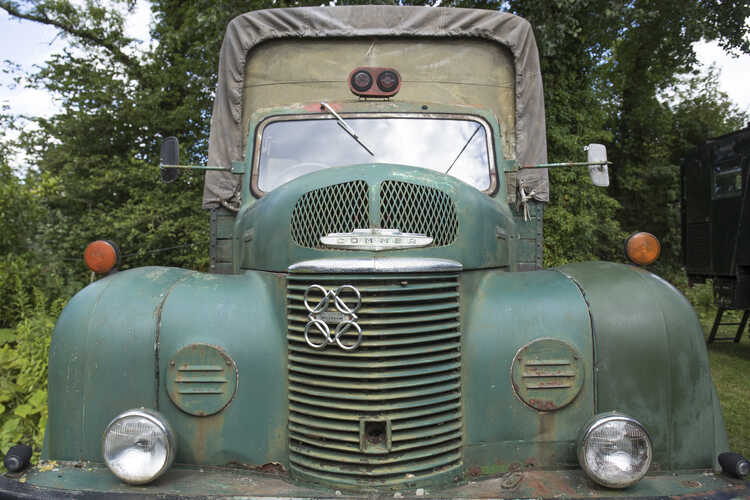 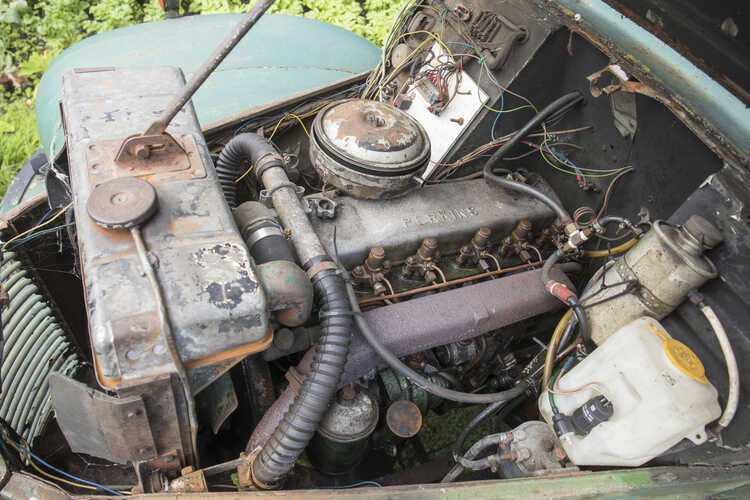 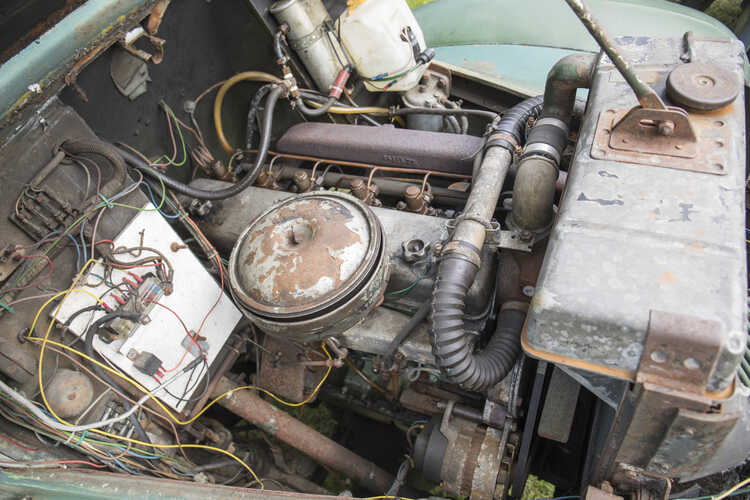 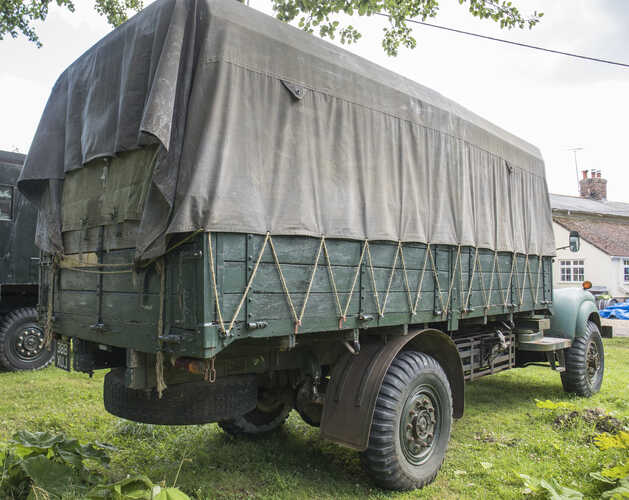 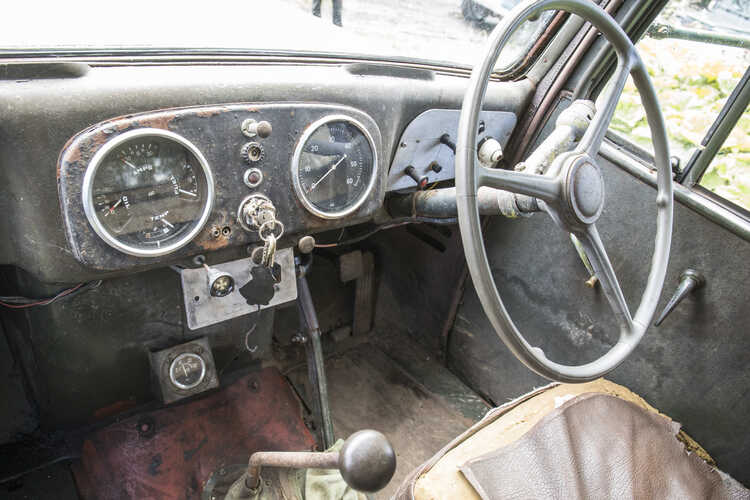 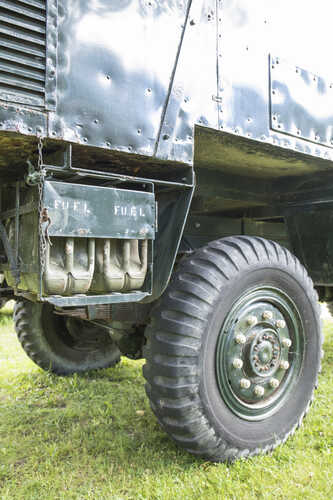 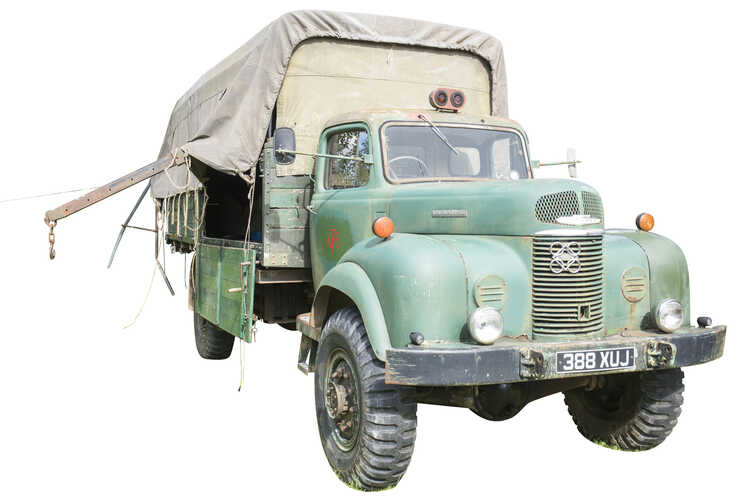 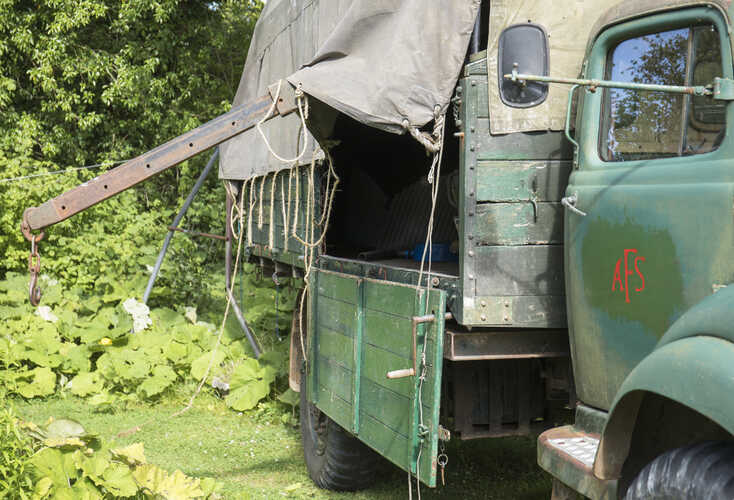 Four-wheel drive. Fitted with a Peakins P6 diesel engine. A very capable off-road vehicle. The rear canvas tilt and sideboards can be removed. In the back there is a One-ton hydraulic crane.

Its original role in the AFS was as a petrol carrier (a rare beast now). It was used to carry cans of petrol to fill the water relay convoys and associated pumping equipment. Water relay exercises were a regular occurrence to practice pumping vast quantities of water over long distances. Mainly in preparation for the aftermath of nuclear attack. The truck still has the brackets for the metal firewall designed to protect the truck and the explosion guard fitted over the engine.