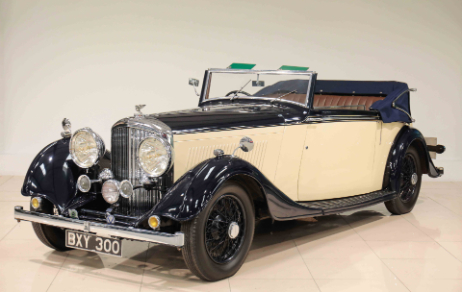 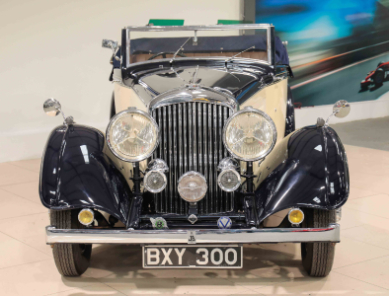 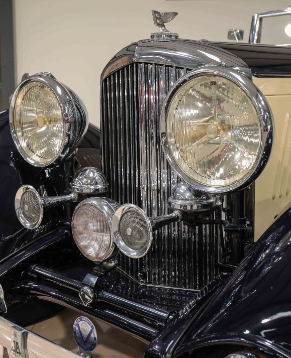 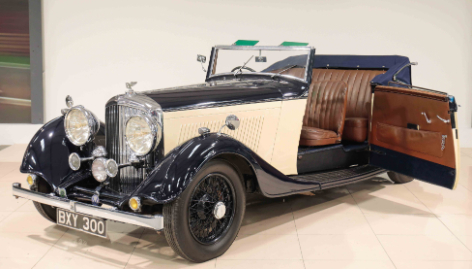 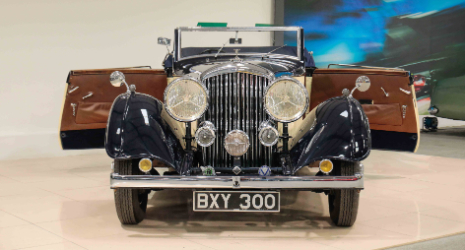 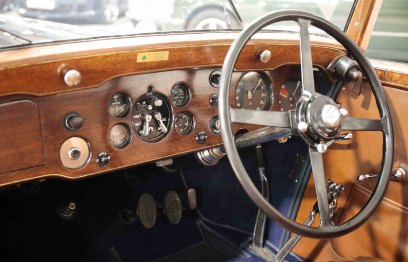 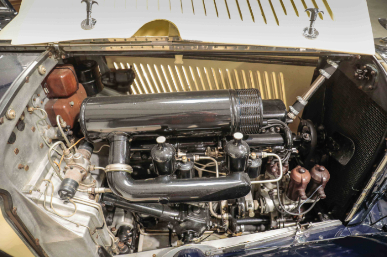 ‘Taking all things into consideration, I would rather own this Bentley car than any car produced under that name’ WO Bentley.

In 1931 Bentley Motors were purchased by Rolls Royce, securing the legacy of the Bentley tradition. In 1933 the 3 ½ litre became the first Bentley produced under this new ownership. The manufacture of the cars was transferred to the Derby site, hence this era of vehicles becoming known as ‘Derby Bentleys’. The 3 ½ litre was designed to maintain the associated sporting heritage of the Bentley, whilst incorporating more of the marque luxury of Rolls Royce. The resulting mechanical fruition became known for its confident and wieldy performance; Sir Malcolm Campbell, of racing prestige, once wrote of it: ‘Its low build, its graceful lines, and yet sturdy appearance, all make for a car capable of high speed, combined with the utmost safety and comfort.’ Only 1177 models were ever produced, and only two of these were three-position drophead coupe’s, with coachwork designed by Thrupp and Maberly.

Chassis number B57CW was first delivered to a Mr Wallace Elliot in 1935, who owned her up until 1974. In 1992 the second owner, Mr John Routley, instructed a restoration of the vehicle. The entire project took six years under the management of John Reynolds; recorded dialogue between Reynolds and Routley shows the attention to detail exhibited during the venture. Also, further documentation shows Fiennes Engineering were consulted for specific testing. During this restoration a new overdrive system was fitted by Tim Payne Overdrive Designs Ltd. According to Tim Payne this ‘enhances the pleasure of driving’ as it ‘allows the engine to relax on the longer straight runs’. The first MOT records began with this restoration, including the first mileage count of 71,700 miles.

In 2005, with a mileage of 77,000, BXY300 was sold to a Captain Christopher Robert Pack. In 2014 she was sold again, to a Mr and Mrs Forbes. After an initial report was conducted on the car by Ellis Lea Ltd., Via G. Klepp, the car was consigned to A and S Engineering for further restoration. Over a period of 2 and a half years work over £100,000 was invested. Work included chassis realignment and renovation of all mechanical components. There is comprehensive documentation and photography of the entire project.

This rare and sought-after example of the distinguished 3.5 litre was acquired by the current owner in 2018. It has since been stored with the other cars in this collection that we are privileged to offer. This is one of the most desirable Bentley’s currently on the market and marks a significant moment in the brands history. A collectors and curators ideal.