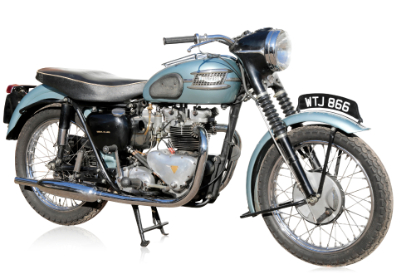 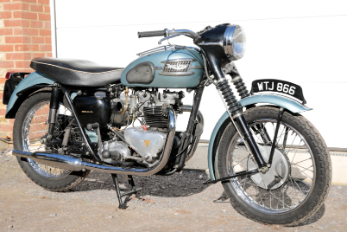 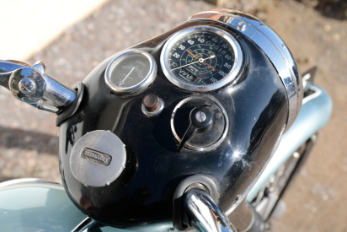 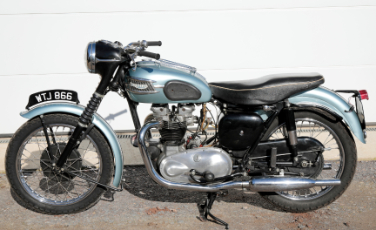 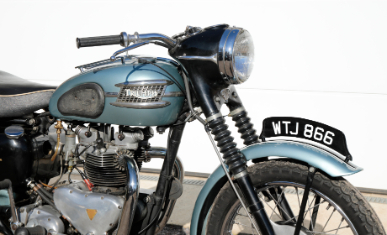 The Triumph Tiger 110 was the high performance roadster of the 1950s. The Tiger 100 was so named as it could reach 100mph. The revamped engine of the Tiger 110, with higher compression and stronger crankshaft, meant that it could reach speeds well in excess of that. Stylistically this bike is reminiscent of the 'Café-Racers' set, and it still occupies legendary status with all enthusiasts. This model has the alloy cylinder head fitted and has been a well cared for example. This bike will offer the buyer an opportunity to join a tradition of great British motorcyclists. Sold with some history.